It has been nearly a decade-and-a-half since June 14, 2002, the day June Jordan left us in the physical, corporeal sense to emerge amongst the ancestors. And during such precarious times in which we live, given the nature of our various struggles and politics, I find myself wondering—and even longing almost nostalgically for—precisely what June Jordan would do, say, or write in this present moment.

In her infinite wisdom and incomparable genius as a poet, essayist, professor, activist, and conscious human, what would Jordan make of the Black Lives Matter movement and struggles of black folks against police brutality and systemic state violence? What would Jordan pen, in 2016, about sexual assault and rape culture that is evermore pervasive and institutionalized? What might she think about identity politics and human rights when simply looking the “wrong” gender—or being gender “non-conforming”—could get one harassed or arrested in restrooms in North Carolina or killed—if LGBTQ—in an Orlando nightclub and other countless corridors across America. Who would she support in the presidential election? The questions are many. The struggles are real.

What is equally real is the power of June Jordan’s work, which is transformative and transcends time. And so, what gives me comfort, then, in these uncertain moments is precisely Jordan and her very words themselves. Her poetry, essays, and sharp intellectualism—along with her incisive analysis and ability to see things for what they are—have and will always remain with us. To be sure, she not only speaks to the cultural, historical, and political consciousness and complexities, but she does so in a language and lexicon of her very own. At its very core, her work is a black cultural tradition and influence that, while specific, is simultaneously universal and intersectional.

As a child born in Harlem, NYC to Jamaican immigrants, Jordan speaks at once to the domestic, grounding her work solidly in the United States, yet simultaneously in the global, cosmopolitan, and diasporic. This she demonstrates so aptly in “1978” in which the poetic consciousness (or narrative voice) parallels two women’s journeys: one that extends through Mississippi and Virginia with a stop in Washington D.C., where a Central Intelligence Agent offers “to help…with her bags” on her way to Angola, while another woman and her child face deportation to Venezuela. To this tapestry, she interjects a “consideration of the status of sex” and references Ntozake Shange’s choreopoem, For Colored Girls Who Have Considered Suicide When the Rainbow Is Enuf, while concluding with a provocative question, “am I a feminist”? The beauty, essence, and complexity of this poem lie in the fundamental notion that none of the people or personas of the poems (or their struggles, or the issues governing gender, race, the state and surveillance, or discourses on sex, gender, and human rights) is disparate or isolated.

Jordan’s work does this consistently. It invariably indicts, advocates, enlightens, and empowers while concomitantly entertaining and inspiring. In whatever scenario, Jordan’s words are marked by a complexity, poetic and political, that have larger implications that remind us of the interlocking natures of our identities, our struggles, and our lives. In this sense, she and her work are intersectional, invariably illuminating the indivisibility of our personhoods, our oppressions, our movements, our politics, and ultimately ourselves.

In “Poem from Taped Testimony in the Tradition of the Very Rt. Reasonable Bernhard Goetz,” Jordan, again, showcases her concern with and flare for the historical and political, as well as draws upon (then) current events to do so in ways that speak beyond that particular moment. By incorporating the possible mindset of Bernard Goetz, a white man who killed young blacks in the subway in New York City, Jordan utilizes poetry and words from a black perspective to consider the dynamics and injustices inherent in that scenario. And, “aftermath,” could have been written today in its linking human oppression and death to the need for advocacy, activism, and justice for black lives: “I am tired from this digging up of human/bodies/no one loved enough to save from death.”

In “Can I Get a Witness?” Jordan ruminates on the Anita Hill and Clarence Thomas hearings of which this year marks the twenty-fifth anniversary. What stands out is her characterization of “Anita Hill, whose public calm and dispassionate sincerity refreshed America’s eyes and ears with her persuasive example of what somebody looks like when she’s simply trying to tell the truth.” Jordan celebrates, uplifts, and recognizes in Anita Hill what the Senate Judiciary Committee comprised of fourteen white men, many men, and members of the black community itself refused to see or acknowledge in her. Instead, they choose to see and support Thomas.

These are the qualities that make Jordan and her work eloquent, authentic, and challenging. She does not strive to make us comfortable in that which is discomforting, disconcerting, unjust, or oppressive. She challenges us, pushing the limits and expanding our thinking and our discourses when she theorizes “a new politics of sexuality.” Here, she asserts that “more pervasive than any other oppression, than any other bitterly contested human domain, is the oppression of sexuality, the exploitation of the human domain of sexuality for power.” What makes this even more provocative is when we consider sexuality and its inevitable interaction with race, gender, nationality, and class. This complexity and analysis are so emblematic of Jordan.

She is a cultural thinker and critic who, through her prose and poetics, takes on issues ranging from black liberation and police violence[1]; condemnation of sexual violence, rape, and war, while utilizing a language of non-consensual penetration and coercion as well as ownership of one’s right to an authentic self—black and female—that proclaims “I Am Not Wrong: Wrong Is Not My Name”[2]; and myriad other issues from black womanhood, civil and human rights, LGBTQ rights and liberation, to gender equality and feminism.

The words she wrote since she published her first book of poetry in 1969 up to her death speak powerfully. They reverberate still today, providing answers and serving as a compass to guide us as we navigate the contemporary moment.  As such, we need not speculate or surmise what she might think about Daniel Holtzclaw, Brock Turner, the Orlando shooter, or about North Carolina and those that disenfranchise or take the lives of LGBTQ folks. Nor must we contemplate what she would think of Black Lives Matter, or #SayHerName, or the ways police violence continues against black bodies. She wrote her words and sentiments, shedding light on the pain and the beauty, the contradictions and atrocities, as well as the ways to overcome and live freely. She is the consummate poet, activist, teacher, and human who teaches valuable lessons while elevating our spirits, culture, and humanity. It is only fitting that we heed, honor, and love her assiduously. 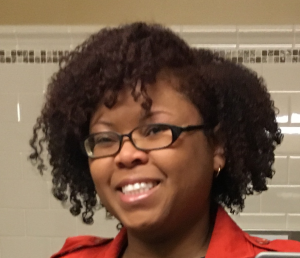 Dr. Trimiko Melancon is an associate professor of English, African American Studies, and Women’s Studies, as well as co-director of the Women’s Studies Program, at Loyola University. She is the author of Unbought and Unbossed: Transgressive Black Women, Sexuality, and Representation (Temple, 2014) and editor of Black Female Sexualities (Rutgers, 2015), with Joanne M. Braxton. Her publications also appear in African American Review, Callaloo, Reconstruction, and the Journal of Popular Culture, among other venues: Ms. Magazine, The Good Men Project, and Huffington Post.

The Department of Art & Art History at Hunter College invites applications for a tenure-track...
more

Chairperson of the Department of Biochemistry and Molecular Biology

Michigan State University invites applications and nominations for the Chairperson of...
more