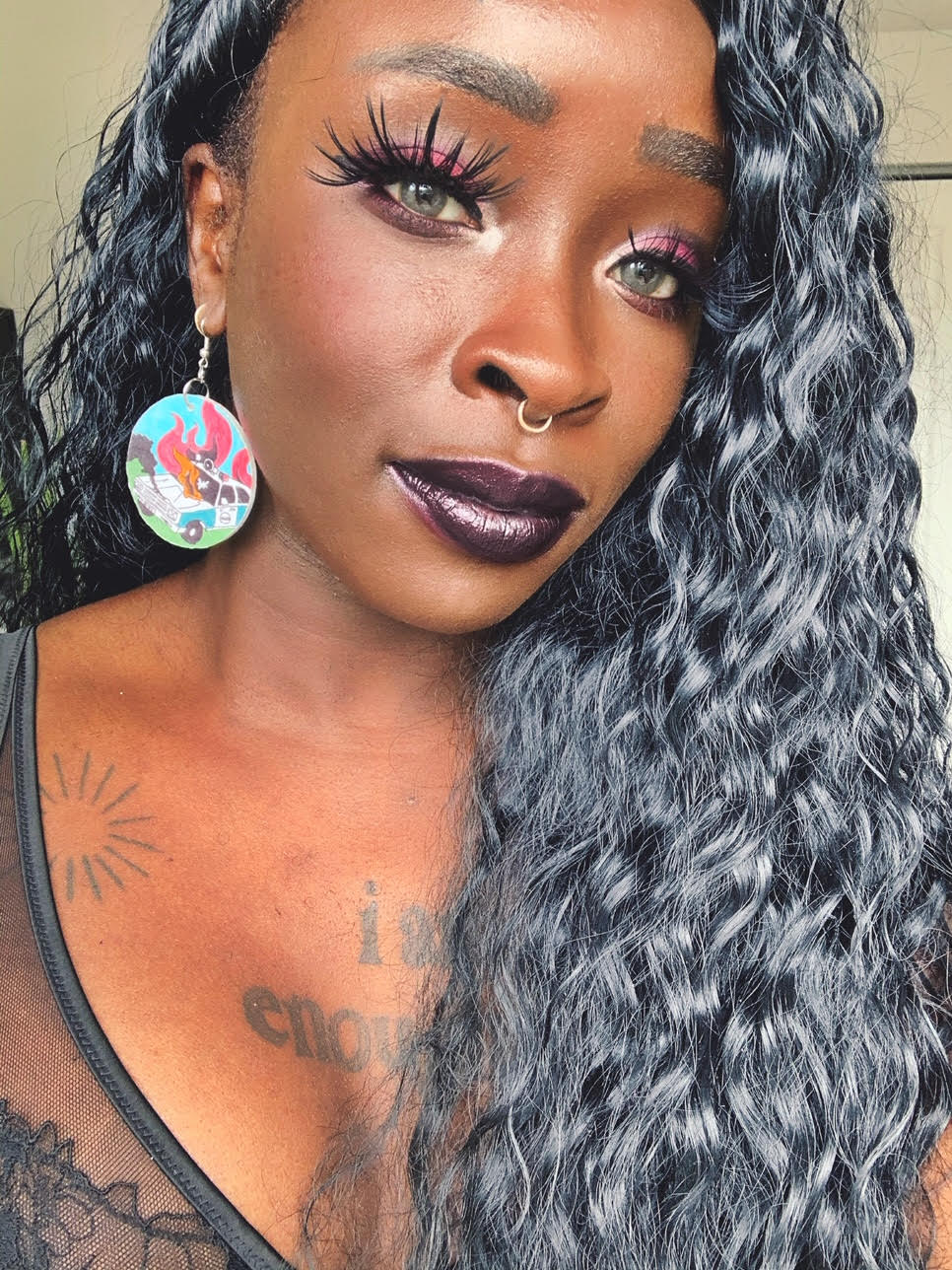 I write this appreciation as a teacher recognizing another. Mistress Velvet was a true educator in every sense of the word. They extended wisdom in so many realms of their life. Their influence and impact on others is hard to calculate in its radiant expansiveness. So many have come forward to celebrate them. They were deeply loved in Chicago—our adopted city—central to organizing circles and many other Black, queer communities. So many people have and will continue to speak to Velvet’s imprint and power from internal places and spaces far, far more intimate than I could ever hope to articulate. I met them only once and I was fortunate to receive their permission to record that evening in writing, to share with others. Our conversation was, in their own words, “important” to them. It was equally significant to me. I have shared it widely; I have taught it in my classes. Their knowledge requires deep listening.

It was 2019 over an opulent meal in a dark and handsome dining room. Nestled in our leather banquette I was instantaneously drawn to their energy and generosity as we discussed the shape and contours our conversation for The Black Scholar would and would not take before we began it. We spoke about all manner of things within that framework, some of which appear in the published interview; we took our time. At the end we hugged, “glowing” (in Velvet’s words) from the conversation and vowing to get together to celebrate the issue’s release. That was spring 2020; our reunion never happened. In the fall of 2020, I virtually introduced them to a collaborator—a photographer based in New York. Velvet’s participation in the still-developing project (one I hope will be made public in the near future) would be, both the photographer and I believed, integral. They embodied the project’s ethos through their coalescing practices of education, activism, caretaking, advocacy, sex work, and political organizing. Though they transitioned before they could take part, I trust their spirit and legacy will materialize emergent Black, queer, kinky futures that will bless and guide and shape us all. That is how they lived every moment on this plane. Let their words speak for themselves.

2023-2024 FELLOWSHIPS AT THE WOODROW WILSON CENTER

The Woodrow Wilson International Center for Scholars is announcing the opening of its 2023-2024...
more

ORGANIZATIONAL STUDIES. The Interdisciplinary Program in Organizational Studies at the University...
more

The University of Virginia School of Law seeks to hire an Assistant Dean for Public Service and...
more